Description from the Ludum Dare page:

It's a card game.
Fight creatures, gather resources, craft cards.
Yup, as simple as that.

There's an ingame tuto, but some elements are still quite confusing.

- During the fight, you gather bonuses that will appear on the right side of the screen. Those bonuses can't be used during the fight!

- Once out of fight, the left side is your cards collection. If you click on an empty square, it will open a menu to craft a new card and that's where those bonuses come in handy.

It was hard.
Like, very hard.
It's very, very much a system game, with a lot of intricate elements. It's absolutely what I wanted to do though, because I usually do more narrative games, or simple puzzle games, so I underestimated the difficulty. As a result, there's a lot I couldn't do, since I just got to the point of a kinda playable state 30mn before the deadline.

The content is... poor. It's very frustrating, because building the system was obviously the hardest part, by far, and now that it's built, adding content is a lot easier. (Not adding bugs in the process would probably be a bit more challenging, but I hope the system is overall pretty safe.)
In a card crafting game, you'd expect to... be able to craft a lot of things, right? Well, too bad, there are only 3 different bonuses available. Would I have had two more hours, I may have been able to add maybe 1 or 2, and just that would have exponentially raised the amount of possibilities.
But well, it's 48h, no more, that's the fun /o/

I still managed to multiply the variety of enemies by 9 during the last half-hour. (Ok, there are only 9 enemies, and 3 different sprites in total. DON'T BE MEAN.)

It's... dry. I love polishing, doing small feedback and FX everywhere.
I couldn't. I hope there still is some fun in there.

Uh, that one hurts a lot as well. I love composing music, and doing small sounds.
There is... no sound in the game x_x

It's exceptionally poor as well, but at least there's nothing surprising about that for me. I'm a programmer. It's programmer art.

Damn, thinking the UI for such a game was quite a challenge. I lost a lot of time just trying to figure out how to present the elements in a readable way that could be understood. I think the result is ok-ish? 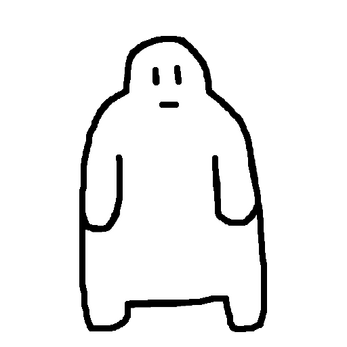